Who is GDS?...GDS is the Preferred Oracle NetSuite Alliance Partner!

And we are also Solution Providers for Microsoft Dynamics 365, and SAP.

GDS provides the cloud-based ERP solutions that benefit your organization.

We are ready to assist your organization with ERP advisory, selection, implementation, optimization and support for Oracle NetSuite, Microsoft Dynamics 365 or SAP.

The GDS Team is not just another technology vendor you’re engaging to assist your organization.

To provide our clients with optimized solutions that improve their business while striving to enhance the lives of our employees.

To revolutionize client experiences while providing the business world with innovative technology solutions.

GDS ensures the success of their employees and customers.

GDS creates an inclusive work environment that embraces everyone. 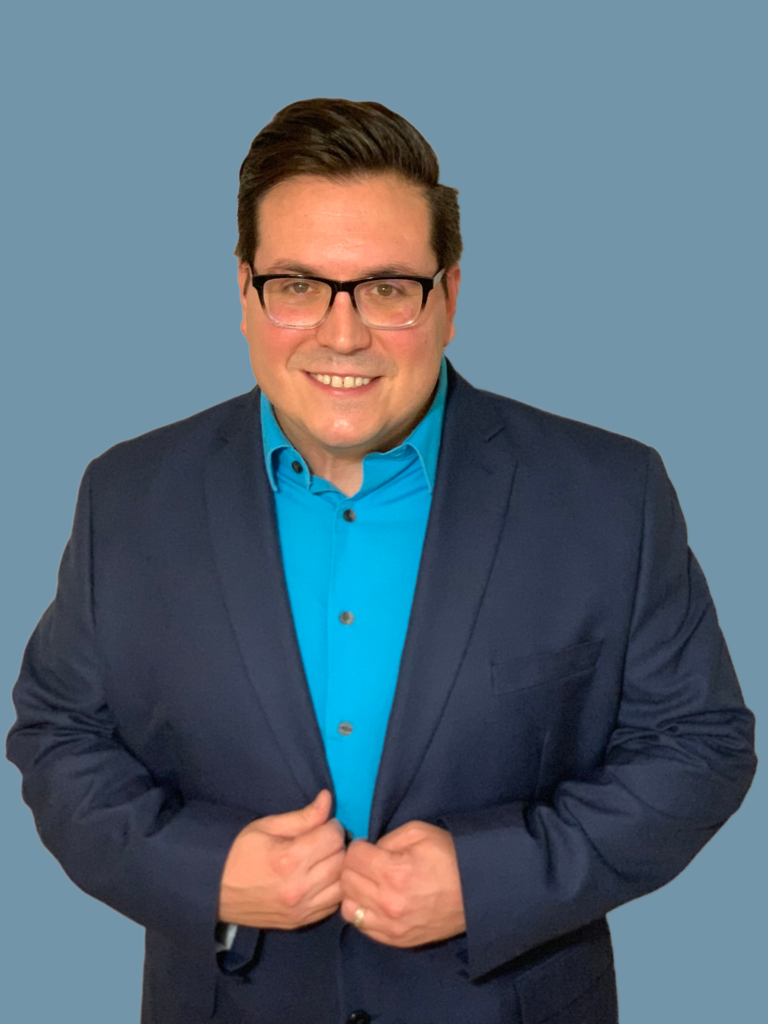 As President of Global Data Services (GDS), Matthew Maddox is responsible for running all facets of the business. Maddox has a proven executive management track record with years of experience driving sales growth in the technology industry. Maddox has led strategic technological planning to achieve measurable business goals by prioritizing technology initiatives and coordinating the evaluation, deployment and management of current and future technologies.

He has analyzed complex business needs of organizations and recommended the best technical solutions that maximize profit and bring value to the organization’s bottom line. Maddox has implemented technology standards across organizations to maintain a technological and competitive edge within the market. He has developed, tracked and controlled information technology annual operating and capital budgets in addition to promoting and overseeing strategic relationships between internal IT resources and external entities.

Prior to joining GDS Maddox worked as Senior Director of Technology at Retail Technology Group (RTG), a leader in the Point of Sale Industry providing end-to-end technology solutions for a vast number of major retailers. As Technology Head, Maddox was responsible for supporting end to end solutions for almost all technologies that exist within the walls of a retail location. This would include products such as POS, KDS, and Servers, networking gear, drive through systems, digital menu boards, order confirmation boards, phone systems, cameras, music systems, and most of their associated peripherals. Technology services covered the gamut of all company business including procurement, project management, cabling and installation, staging, warehousing and asset management, software support through the 24×7 call center, database menu management, ongoing hardware maintenance with depot, advanced exchange, next business day onsite or same day onsite options for support.

Before RTG, Maddox worked at Webster University, Information Technology Department. As part of a university-wide team, Maddox provided direction and oversight for the instructional technology infrastructure and services of the college including planning, policy development, implementations, staffing and budget. Collaborated with faculty, students and staff in researching and implementing all types of educational initiatives to the benefit of the institution. 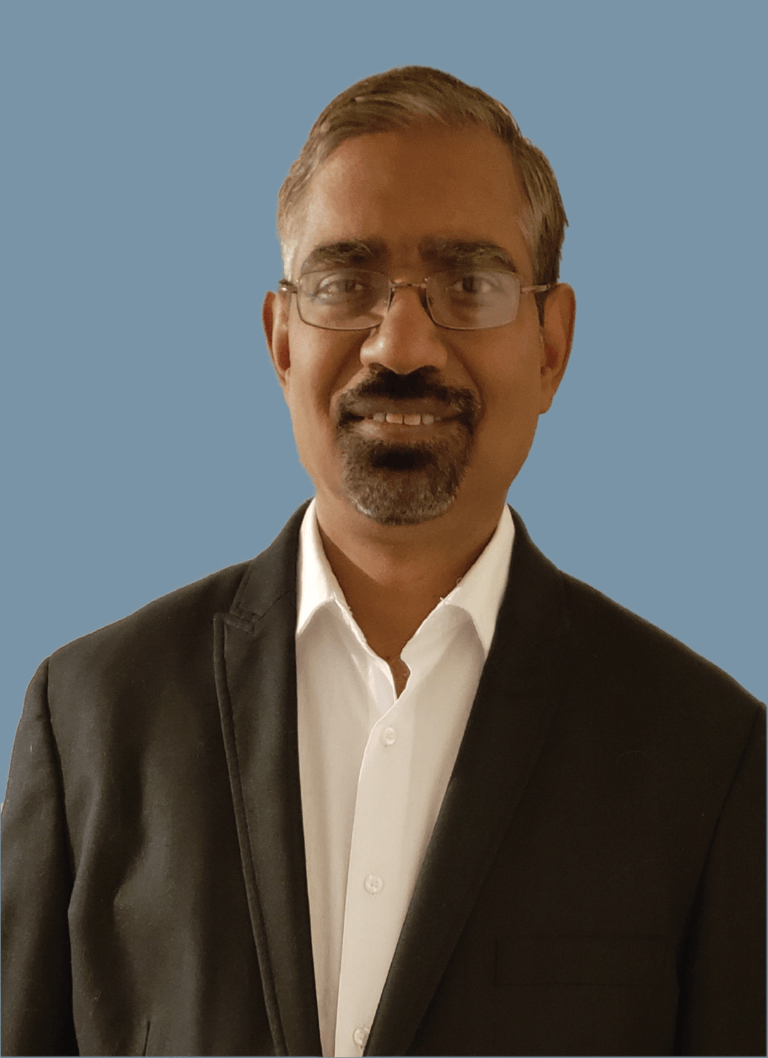 Playing a leadership role at Global Data Services driving business development, sales and marketing activities as well as setting up international delivery centers, James C. Ram, Chief Business Officer is responsible for managing activities such as In-house Consulting, M&A, and Strategy Planning as well as ensuring that all activities GDS undertakes are adding value to the business.

Ram previously served as President of The Americas for A.I Solve, a U.K. based technology company recognized for creating responsive, AI-powered turnkey VR applications and attractions for leisure, entertainment and education.

Ram’s interest in Entertainment and Hospitality began in 2015 when he became the co-creator of Avatron Park (“Avatron”), an interactive theme park concept that was developed using cutting edge, user-centered design and technology to provide an immersive experience for its guests. With 2 hotels and a retail facility, Avatron was estimated as a $930 Million project, with $152 Million committed by the State of Georgia in the form of a Tax Rebate and $400 Million committed by Deutsche Bank and the remaining $378 Million Equity to be provided by a Middle Eastern Sovereign Group.

Prior to Avatron Park he served as Founder and President of Indusa Global LLC, an information systems firm located in Atlanta. Since 1995 the firm specialized in business intelligence, target marketing, and national security (passports, visas, border control, deportation, work permits, etc.) services. At Indusa Ram was instrumental in building the organization from a 1 Employee Start-up to over $60M in total revenues. At full strength Ram managed 200+ resources in multi-site, multi-location facilities in US, India, Jamaica, Bahamas and Malaysia. Ram set up a Strategic Partnership with the UN World Tourism Organization resulting in global sales to new markets and managed a partnership with Microsoft resulting in 500% revenue increase for new Data Warehousing & Analytics Solutions. He grew the Big Data, Analytics & Social Media practice from 4 customers to 1,300+ Hoteliers and Tourism-related clients with total revenues exceeding $27 million. Ram also delivered the first fully Biometric National Security System – ePassports, Visas & Border Control in Americas for The Bahamas Government for $15 million.

Ram is also the founder of the Caribbean Institute of Technology. From its meagre start of 57 students the School is now a 4-year University having graduated over 20,000 individuals and literally enabled Jamaica to create an IT industry where none existed before. CIT received tremendous support around the world. It has been featured by various news media including: USA Today, Business week, Associated Press, Agence France Presse, Atlanta Journal and Constitution, Miami Herald and Houston Chronicle. In addition, students from Harvard University and University of Chicago did a case study analysis on it.

Ram also sat on the Board of Trustees at Manhattanville College in New York where he chaired the Technology Committee.

Prior to setting up Indusa Global LLC, Ram was President of the Atlanta Council for International Cooperation (ACIC). US Senator Sam Nunn, Georgia Governor Zell Miller and Atlanta Mayor Maynard Jackson co-chaired the organization’s Board. At ACIC, Ram developed a close relationship with the United Nations developing The Role of the United Nations in the New World Order. He also launched the Cecil Ram United Nations Semester Program, in honor of his deceased father. While at ACIC, Ram also hosted several Heads of States and led several business delegations of leading Georgia CEO’s to India, France and the UK to encourage international diplomatic, business and educational programs in Georgia.

Ram began his career at United Nations when he was appointed as the youngest Director and Senior Fellow at the United Nations Institute for Training & Research (UNITAR) by the UN Under Secretary General, Dr. Michel Doo Kingue. For his involvement in the international diplomatic community Ram was honored by the Vice President of Peru, Dr. Carlos Garcia and was also nominated for the “Pride of India” award for his role in negotiating with the office of the U.S. Trade Representative on behalf of India.

Ram represented Southern Company, Delta Air Lines and Turner Broadcasting Corp. in their bid to establish an off-shore IT presence in India. He also developed a National IT Plan showing the Economic Impact IT can have on an Island nation for St. Lucia National Development Corporation. Ram was a speaker at the G15 Summit attended by 17 Heads of State on how IT can be leveraged to create a new economic sector in a nation’s economic development plan and at the World Economic Forum on the topic of Secure Tourism. He was also a keynote speaker at the National Press Club in Washington, DC and at the Annual Conference of the US Chamber of Commerce in Washington, DC. and at several Global Leaders Forum as a guest of Bill Gates. 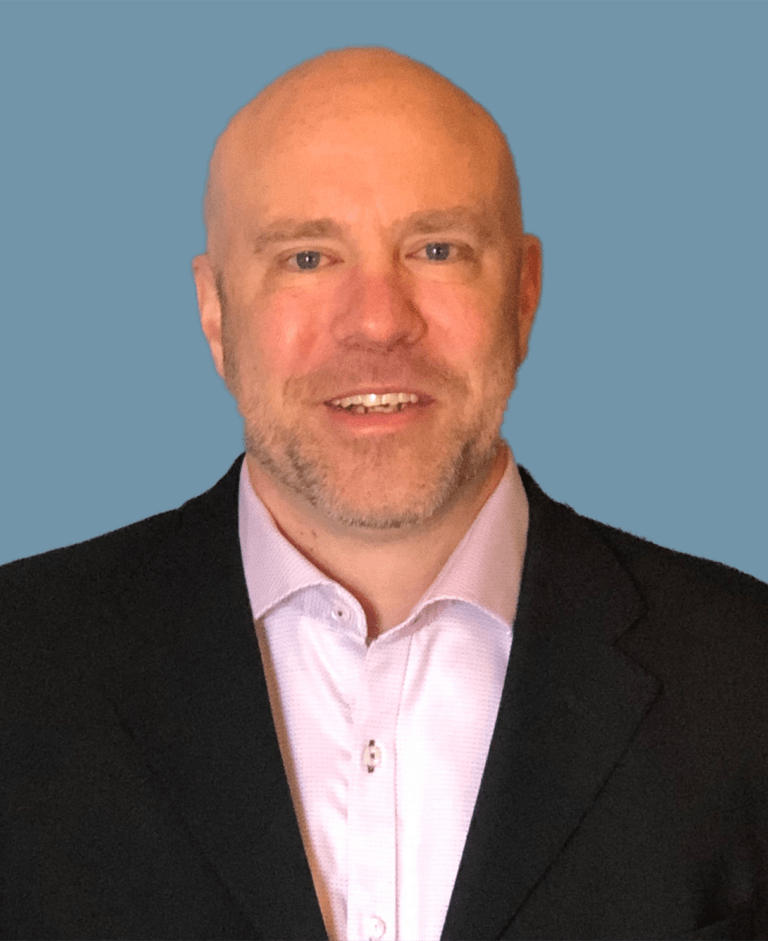 Jeffrey Langhammer is a dynamic technical professional. With over 10 years of experience he has served IT organizations in various capacities, ERP Delivery Manager/Integration Architect/NetSuite Administrator. He has specialized in application design, development and integration. He has designed software solutions, aligned with requirements and cost/schedules objectives. Langhammer is analytical and detail-oriented with proven ability to engage Technical Solutions with Business acumen. He can leverage his technical writing skills in a simple manner that expresses complex concepts in accessible terms.

Langhammer serves GDS in his role as ERP Delivery Manager. In this role he has distinguished himself by bringing clear leadership and disciplined operating procedures to GDS’ team of ERP analysts and developers. Langhammer has directed, coordinated, and driven efforts that resulted in the successful implementation of Oracle NetSuite delivery for GDS’ client base. He has mentored and coached the GDS Professional Services team, instilling a sense of pride within the entire development staff, resulting in numerous opportunities for professional growth. He has designed, developed, and managed KPIs and executive metrics across the delivery of GDS’ client’ portfolio.

As a technology expert on the GDS Professional Service Team his exceptional technical skills include:

Prior to joining the GDS team, Langhammer was an Independent Consultant/NetSuite Contractor.  Langhammer had previously worked as a Developer/NetSuite Administrator at Retail Technology Group where he was responsible for leveraging the NetSuite SuiteTalk platform and NetSuite’s REST capabilities to develop integrations between NetSuite and Retail Technology Group’s (RTG) customers’ ITSM systems. He leveraged the NetSuite SuiteScript platform to automate RTG’s internal business processes. These include prepayment workflow, equipment repair workflow, inventory workflow, and CRM workflow processes. He was responsible for the administration of RTG’s instance of NetSuite including role and new user set-up, bundle installation, and custom record creation.  Langhammer developed and maintained a reporting application using SQL, Visual Basic .NET, and Active Reports 7.0. This application queries the NetSuite Oracle database using OpenQuery calls through a linked server set-up on RTG’s MS SQL Server. VB .NET and Active Reports utilize data returned in those queries to create graphical and tabular reports disseminated internally and to RTG’s customers.  Additionally, his responsibilities included all new feature development and maintenance of RTG’s legacy ERP system. This was a custom application created utilizing VB .NET and MS SQL Server.

Langhammer attended the University of Missouri where he studied Communication. 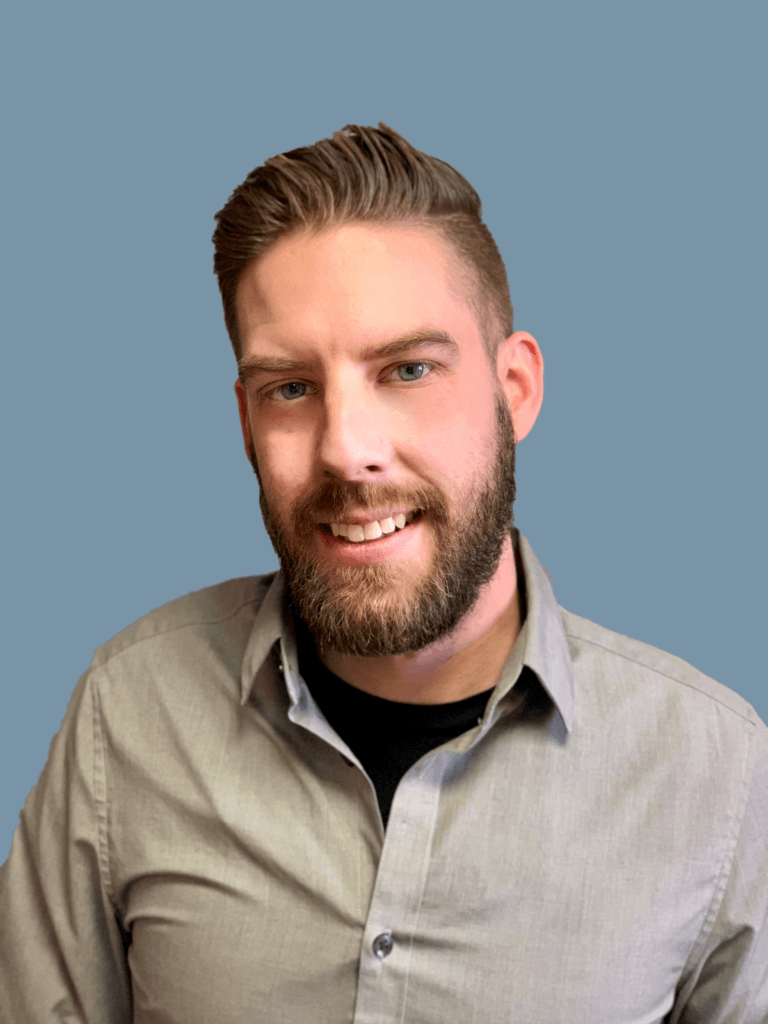 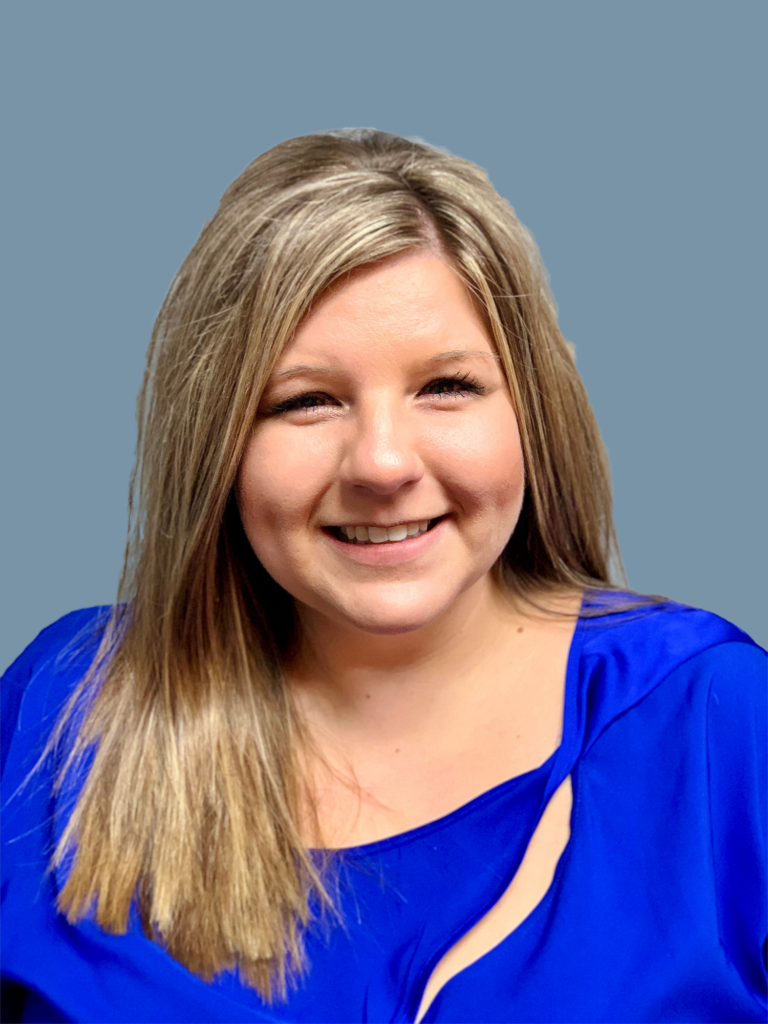 Rebecca Naumann has over 20 years of experience in the customer service field as well as experience in managing large, complex projects. She has been an Office Manager for Sub Sisters LLC, Teller Coordinator for US Bank and Communication Specialist Lead for BJC. In her current role as Operations Manager at GDS, Naumann fosters an environment of teamwork and ensures that all Company strategy is clearly defined and followed while overseeing team performance and maintaining morale. Her strong client service skills enhance GDS’ process-driven management philosophy.